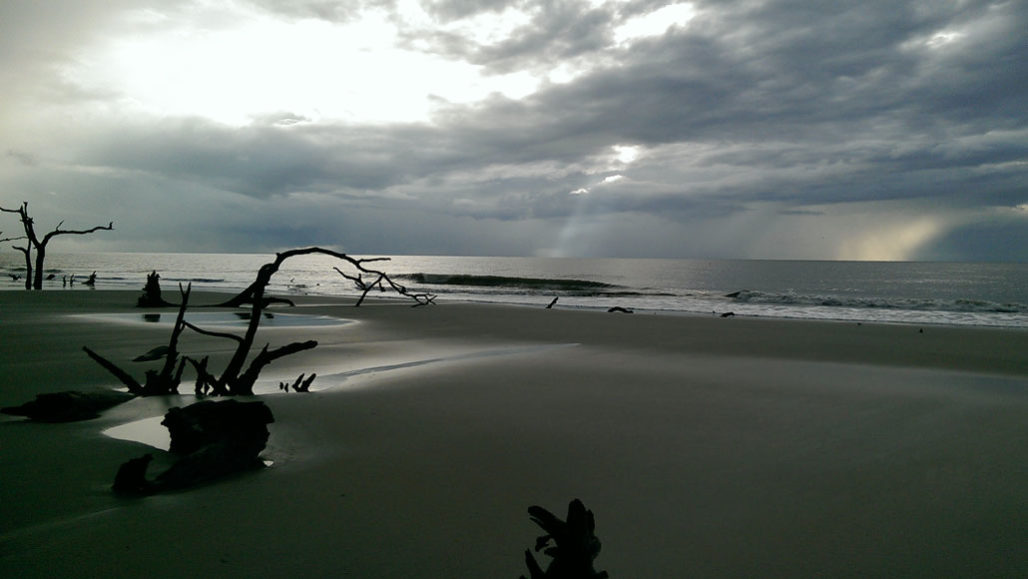 Archaeologists digging at St. Catherine’s Island off of the coast of Georgia have uncovered a copper object, and a 4000 year old grave site encircled by a massive ring of seashells. The burial practices and the copper object prove long distance trade more than 2000 years ago between the Great Lakes and the ancient Georgia coast. The authors claim this is the first clear evidence of this kind of trade and and exchange of religious ideas in eastern North America dating back to 2000 BCE.

Copper objects and other artifacts have been found at Poverty point in Louisiana dated to 1700 BCE. But those copper objects were obtained from only several hundred miles away.

The McQueen shell ring of Georgia is 70 meters across surrounding an earthen plaza. The earliest shell rings along the Atlantic and Gulf Coast date back to 3,800 BCE.

The new information pushes the known trade contacts between the upper Great Lakes and the Southeast coast back 2000 years in time.

Excavations in the center of the shell ring uncovered a burial pit filled with more than 80,000 ash-encrusted bone and tooth fragments, a copper band and remnants of stone tools. The copper tools have been analyzed and they are from Lake Superior. The copper band is dated at 3800-4300 years ago. The burial accompanied by copper bands and cremated individuals within resemble burials from the Great Lakes.

The Georgia site was probably a place for hosting hunter-gatherers on a seasonal basis. Fish, clams, oysters hickory and acorn nuts were founding the enclosure.

Science News has the report
https://www.sciencenews.org/article/island-grave-site-hints-far-flung-ties-among-ancient-americans