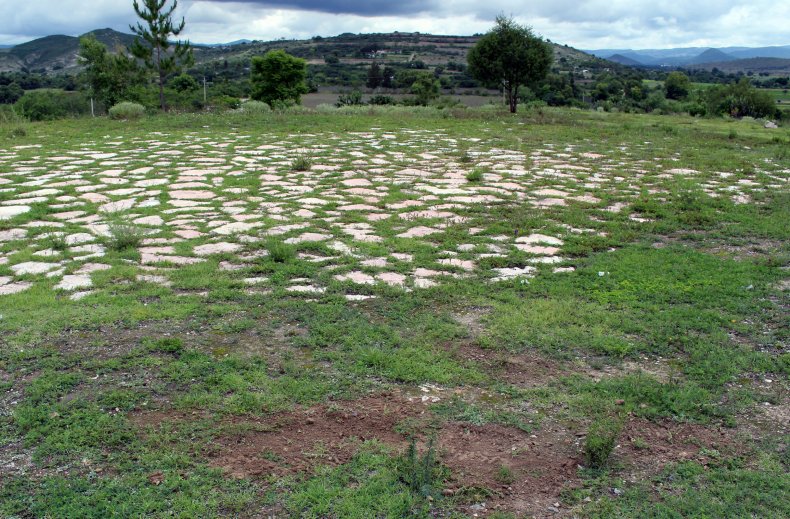 An ancient Mesoamerica ball court has been discovered. It has been excavated at the 3,400 year old site of Etlatongo in Oaxaca. The archaeological team has been excavating at the site since 2015. The court was built at 1305-1443 BCE. The only older one is at the site of Paso de la Amada in Chiapas built at 1650 BCE. The case that this was a ball court was made stronger when they dug up ball play figurines wearing padded belts at the site.
The oldest Olmec city, San Lorenzo, is 25 miles away and Etlatongo is high in the mountains. Could this mean that the ball game was older than the ones in the Olmec heartland, and therefore goes farther back in time through Mesoamerica? (My note; Paso de la Amada in Chiapas, which is older, has Olmec type characteristics, so this new idea needs a lot more study.)
And Annick Daneels at UNAM points out that the the ball player figurines and pottery at Etlatongo have Olmec characteristics.
And San Lorenzo, the oldest Olmec city has only been partially excavated. There may be older ball courts there.

Science News has the report here;