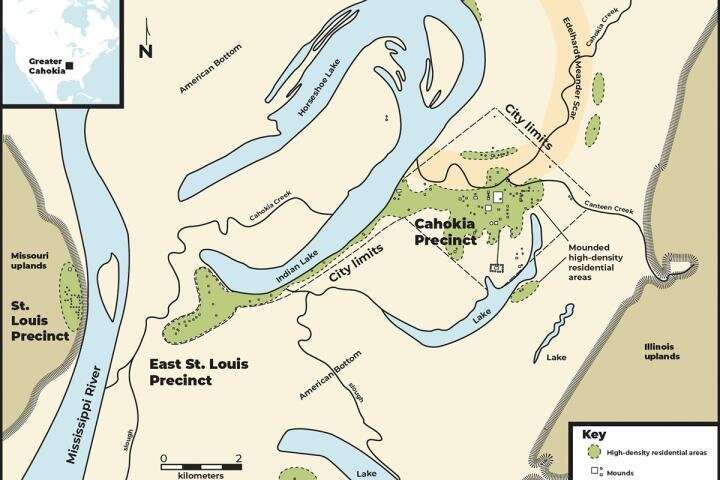 The inhabitants of Cahokia began to cultivate corn between 900-1000 CE. Corn cultivation spread from Mesoamerica to the Ancient Southwest at 4000 BCE.

Researchers determined the age of charred corn kernels in homes and shrines at Cahokia and also studied the carbon isotopes in the teeth and bones of humans and dogs. They found that corn consumption began abruptly at 950-1000 CE at Cahokia. At the same time, mound construction began at Cahokia. The population exploded and fertility iconography appeared.

The reason why corn cultivation started so late in the Mid-West was that it had to adapt to survive in a northerly climate.

PHYS.ORG has the report here;
https://phys.org/news/2020-05-cahokia-parallels-onset-corn-agriculture.html