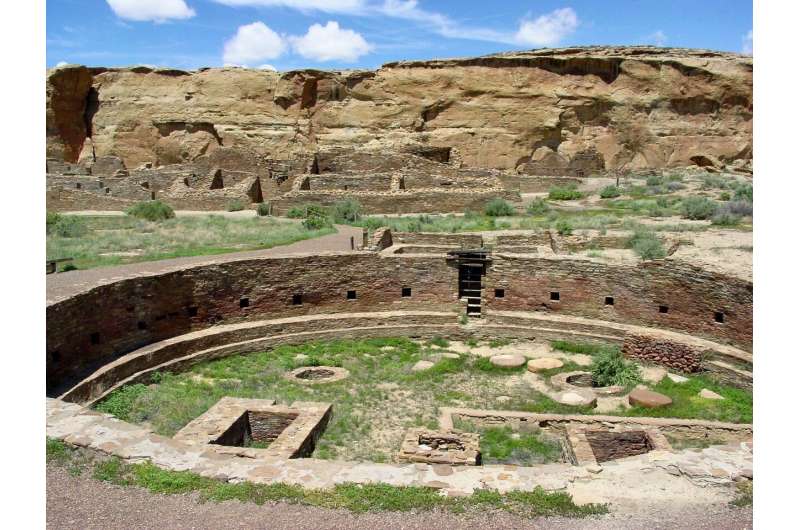 Researchers studying the raising of turkeys in the Ancient Southwest found that turkeys were often penned in rooms like the room near Room 28 at Pueblo Bonito. Turkeys were also allowed free range tied to tethers for over 1,600 years in the Southwest and northwest Mexico. Turkeys were used for the creation of blankets, paints, tools, musical instruments, food, and art. They were fed maize and ate fresh range diets.

“The DNA of the Ancestral Pueblo domesticated turkey survives in some wild Merriam’s turkey populations within the Southwest. So, when you are hunting for turkeys in New Mexico, or simply experience them in the environment, there is likely an aspect of that turkey that is related to the birds, peoples, and experiences described in this research,” he noted, adding, “There is a direct connection between what we perceive as ‘wild’ turkeys within the environment today and their ancestors of the past who interacted with and were managed by Pueblo peoples. It makes this research important because it was the specific conditions in which Ancestral Pueblo peoples managed these birds that allowed for this current relationship.

Phys.org has the report here;
https://phys.org/news/2021-09-delves-role-turkeys-ancestral-pueblo.html